For people with Type 2 Diabetes, the risks of eye, nervous system, kidney, and cardiovascular complications are well known, but in the Universe of Things That Can Go Wrong, dental problems don’t seem to get the same kind of attention. If you think regular dentists’ visits and watching sugar intake are things you’d be doing anyway, the connection between diabetes and oral health might not be clear. Cutting back on sweets and seeing the dentist once or twice a year ought to take care of it, right?

If only it were that simple. Tooth decay and sore gums, if never experienced in young adulthood, may in fact be signs of onset of Type 2. Since Type 2 typically comes on gradually after age 40, the arrival of more cavities or gum problems could be overlooked, attributed to disappearing youth rather than to a chronic health condition. But the link between poorly controlled blood sugar and bad dental health is now known to be direct, and there’s proof that for people who have diabetes, the link runs both ways. It’s the “two way street” referenced in medical literature and the American Diabetes Association’s information on oral health.

About ten years ago, researchers at the the Harvard School of Public Health began looking closely at something that had been suspected for years: problems in the mouth lead to problems elsewhere. In a study of cases of people who’d suffered from both atheroslerotic heart disease (the loss of blood flow from the building up of fatty plaque in the arteries) and periodontitis (a category of gum and bone diseases in which infection sets in and erodes the tissue where the teeth are anchored) the researchers found the same species of bacteria in dental plaque as in diseased arteries. Unfortunately, the “why” of the Harvard Public Health study was inconclusive, but a 2002 animal study reviewed in the Journal of the American Dental Association suggested that the formation of arterial plaque could be triggered by exposure to the kinds of germs that bring on human periodontal disease. For this reason, people who have heart disease are often prescribed an antibiotic to be taken right before a dental visit, as a precaution against plaque bacteria being released into the blood stream and traveling to the heart tissue.

For people who have diabetes, there’s two-way traffic.

First, the body is host to all sorts of bacteria, including the naturally present bacteria which aid in digestion. There are several hundred of these species of natural bacteria in the mouth, some which adhere to the enamel — the mineral surfaces of the teeth — and form colonies of dental plaque. If the tooth surfaces are brushed and rinsed clean between meals, saliva normally replenishes the minerals needed to maintain tooth enamel. However, according to the Oral Health Foundation, if daily oral care isn’t taken adequately to prevent plaque from building on the tooth surface and the gum line, the plaque bacteria will bloom and grow, producing an acid that is capable of dissolving tooth enamel and irritating the gums.

The acidifying process is accelerated by many beverages and foods, citrus fruits and juices in particular. But what really boosts acidity is the ingestion of fermentable carbohydrates. Dietary sugar is the fermentable carbohydrate most responsible for this. Sucrose, or table sugar, extracted from cane and root vegetables, has been in the American diet since colonial times. Sucrose is converted in the body to fructose, and to glucose. Control over glucose is, of course, the primary method of controlling Type 2 diabetes. In 2003, the American Society for Clinical Nutrition published a study showing a sharp rise in incidence of dental cavities in the United States in the 1970’s and tied it to the use of sucrose in the production of processed foods and high-sugar beverages.

This is the easier of the two-way street to navigate and understand: When there’s excessive glucose in the system, in the saliva and flowing through the blood vessels feeding the tissue surrounding teeth, the environment exists for long term, progressive destruction of tooth enamel.

Plaque bacteria are capable of invading the gums, too. When this happens, the body’s immune system responds to the bacterial toxins. The redness and swelling which develops is known as gingivitis, and, like cavities, it’s not uncommon among people who have Type 2 with long-term elevated blood glucose. But it is preventable, and if it develops, it’s reversible with professional treatment and improved daily care and proper glucose control. If gingivitis isn’t treated, though, a more serious bacterial invasion of the tissue under the gum line may follow. As this condition progresses, the gum often recedes, opening a pocket for accumulation of more plaque, and then the infection can spread, and stay active deep into the tissue where the roots are anchored. This leads us to the oncoming traffic lane and a high likelihood of significant health damage.

Second, for people who have Type 2, this side of the street is already more complicated to maneuver. It has to do with the body’s defensive mechanisms to infections. A complication of Type 2 is the metabolic response to bacterial or viral invasions, or to injuries, in the form of elevated blood glucose to help nourish the body while it fights infection or mends an injury.

Here’s where preventive medicine is especially important for people who have Type 2.

The U.S. Centers for Disease Control and Prevention recommend yearly flu shots and, for older people, one or both vaccinations to combat pneumococcal bacteria and to combat meningitis and sepsis, which is a systemic blood infection. People who have Type 2 are especially susceptible to inflammations and infections, prominently among them colds, flu, and bronchial illnesses. That’s one reason why endocrinologists and certified diabetes educators stress the need for annual flu shots, and the CDC-recommended pneumonia and sepsis vaccines. Above, we explained how all people with diabetes are at heightened risk of tooth decay and gum disease. Tooth and gum disease, being bacterial, triggers that metabolic response of elevating blood glucose to nourish the body and help in the disease recovery process. So does any infection. For people who have type 2, that is exactly what shouldn’t be happening. That’s the second reason to keep current on sepsis, flu, and pneumococcal vaccinations.

For decades, twice yearly visits to the dentist for an exam and a cleaning was the norm for preventive care for adults, but a study published in the Journal of Dental Research in 2013 concluded that risk of periodontal disease was a better yardstick for scheduling visits, and so for most adults once a year should suffice. At the time the study was reported, periodontal disease ranging from mild to serious affected about 47% of adults. And, people with diabetes, according to the study, fell into one of three specific high risk groups for periodontal disease, along with smokers and people who have the interleukin-1 genotype, which itself is a marker for likelihood of developing periodontitis. So, the once-a-year yardstick is not the one for people who have diabetes, regardless of the form it has taken.

The best advice is to start by making sure your dentist knows that you have Type 2. The first and most obvious reason is to make sure you’re seeing the dentist often enough to keep ahead of the tooth erosion and gum inflammation already being fueled by your abnormally high blood glucose. The second has to do with the fact that people who have diabetes take longer to heal, and have lower resistance to infection, than people who don’t have diabetes. If oral surgery is on the horizon, you will need to be prepared for a slowed healing of the surgical site, protect yourself against the risk of post-op infection, and as you’re recovering check your blood glucose more often than you routinely do. 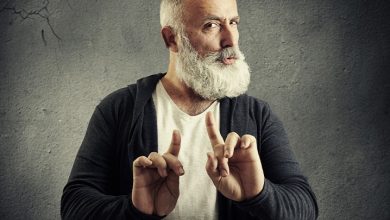 Denying Your Diabetes; A State of Madness 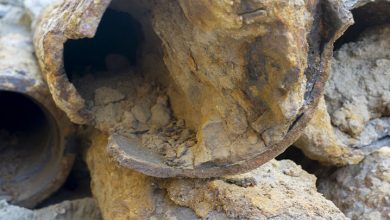 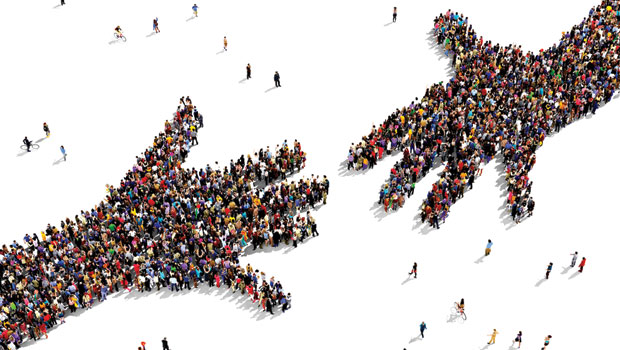 A Call to Merge Type 1 and Type 2 Diabetes